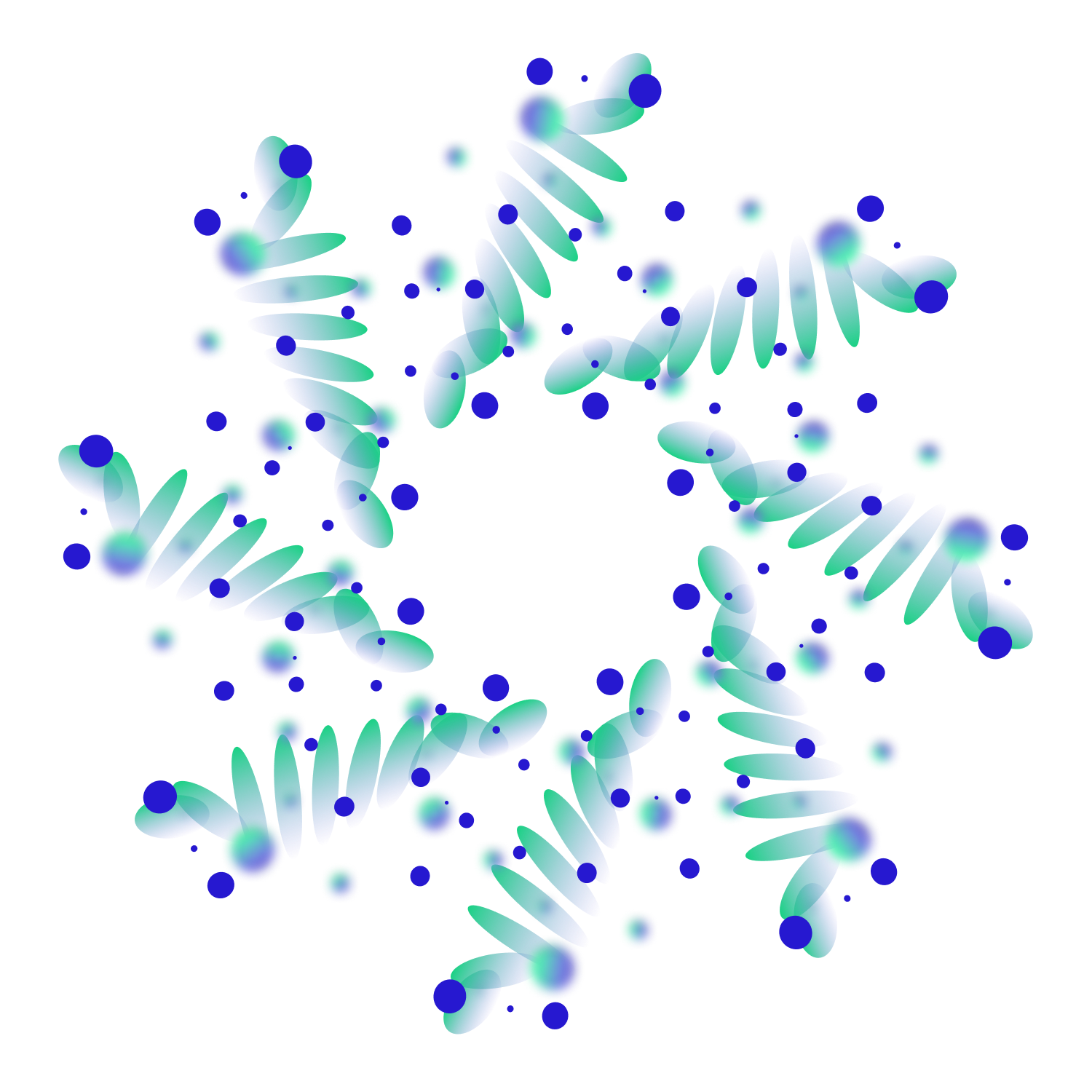 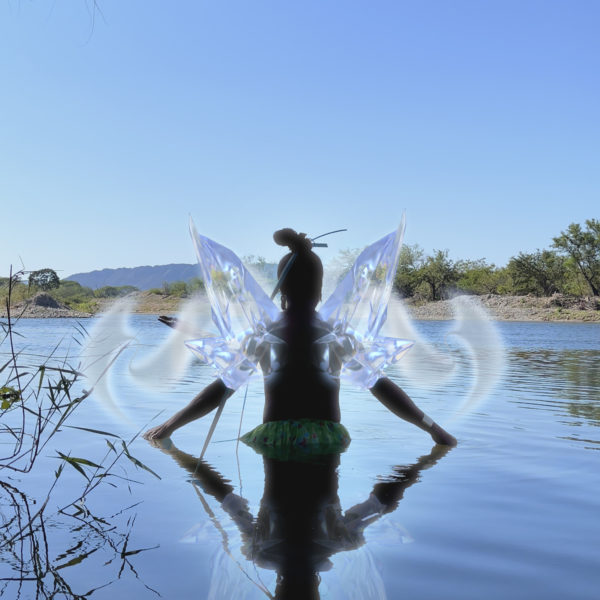 BIGUIDIRIBELA, commissioned and supported by the LACMA Art + Technology Lab and L.A. Dance Project, is a multimedia performance piece that uses 3D video technologies to explore multiple gender identities in a contemporary context, drawing a line between our origins in deep space to the Muxe identity (a third gender of the Zapotec people), which is conceived as futuristic and timeless.

The artists Lukas Avendaño, EYIBRA, Nnux, and Oswaldo Erréve, collectively known as MUXX Project, explore a multitude of universal themes in BIGUIDIRIBELA—including environmental regeneration, the non-binary, the divine feminine, the antipatriarchal, and the argument that the very origins of the world (especially according to pre-Hispanic cultures) stem from a non-binary divinity—woven together through exploration of the Muxe identity of Oaxaca and the life of Muxe performer Lukas Avendaño. The structure of the piece references the symbol of infinity, beginning and ending with our origins and eventual return to the depths of the Earth itself.

BIGUIDIRIBELA, which is the name of the Zapotec deity of bats (the literal translation is “flesh-eating butterfly”), also references urgent, present-day issues, such as the kidnappings and killings committed by Mexican drug cartels, which have upended hundreds of thousands of Mexican lives, including that of Lukas’s own brother, Bruno Avendaño.

Lukas Avendaño is a performance artist, choreographer, and anthropologist hailing from the Isthmus of Tehuantepec, Oaxaca (Mexico). Lukas is also a Muxe, a third gender identity specific to the Zapotec people, which predates colonization and Christianity. In their work, Avendaño explores notions of sexuality, gender, and race through muxeidad, which Avendaño describes as “un hecho social total,” a total social fact, performed by people born as men who fulfill roles that are not typically considered masculine. Lukas has also used their platform to bring attention to the kidnappings that take place in Mexico, of which their brother was a victim. They have performed internationally at Plataforma Berlin (Germany), Toronto Queer Art Festival (Canada), Territori Festival Spain, Kaserne Basel (Switzerland), and been the subject of the documentary La Utopia de la Mariposa.

EYIBRA (fka Abraham Brody) weaves together electronic production and raw beats with soaring strings and pristine vocals to evoke a sound-world influenced by ritual and the transformation of consciousness, both in their music and in the immersive live performances they create. This has led them to work with the shamans of Buryatia, Siberia; the ritual music of Lithuania; and polyphonic mystical singing from the Republic of Georgia. EYIBRA has recently performed at the Kennedy Center Washington D.C (USA), Public Theatre (New York), Sziget Festival (Hungary), Reykjavik Arts Festival (Iceland), Meyerhold Center (Russia), VEGA (Denmark), and Pace Gallery (UK). They are a 2018 recipient of a grant from the Lithuanian Ministry of Culture to tour the project ANCESTORS with Lithuanian ensemble Trys Keturiose.

Nnux is the solo project of Mexican composer, producer, and keyboard player Ana López-Reyes. Her music is based on the digital processing of samples from voices, acoustic instruments, everyday sounds, electronic beats, and synthesizers. Influenced by experimental, electronic, and pop genres, Nnux creates music that aims to be emotional and vulnerable while still being experimental and imaginative. Her music has been featured on BBC Radio1, FACT Magazine, and XLR8R. She has been commissioned by Metropolis Ensemble (NYC) for the Flamekeepers and Biophony projects, and she has been twice awarded the prestigious Jóvenes Creadores grant by the National Endowment for Culture and Arts (Mexico). In 2017 she released independently the EP Distancia, and in 2020, she released her debut LP Ciudad on Mexico City-based label VAA.

Oswaldo Erréve is a self-taught digital nomad. He develops his work from the sphere of editorial fashion and creates a visual synergy with technology through multimedia tools to create projects with a transdisciplinary aura. Using AR, VR, AI, and 3D design under a supernatural vision, Erréve explores the idea of queer transhumanism and the mutations/adaptations that nature, organisms, and ecosystems should undergo in a utopian future built on a symbiosis with science and technology. Erréve has been published by Fashion Week México, Vogue Italia, TimeOut México, and Warp Magazine. He has sold his work in cryptocurrencies through virtual markets that mint NFTs, developed advertising campaigns in NFT format for Nike, and generated alliances with cultural institutions such as Centro de la Imagen, Material Art Fair, Foto Museo Cuatro Caminos, and Abierto Mexicano de Diseño.

This performance is an in-person event. Attendees may be required to wear a face mask and present proof of vaccination in accordance with COVID safety measures.

Seating and dedicated space for wheelchairs will be available. The route to the venue at L.A. Dance Project is flat and wheelchair-accessible.

Please note that the performance includes the use of strobe lights, flashing animation, and other effects that could be disturbing to individuals with heightened sensitivities to light and sound.